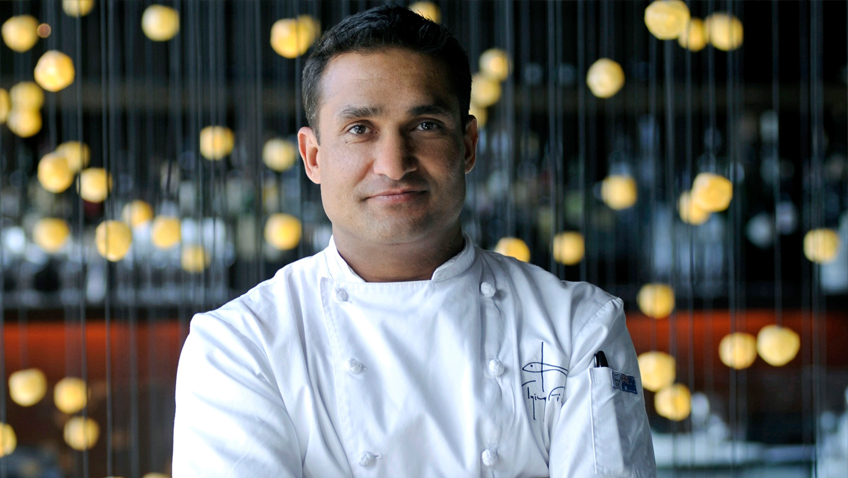 A gourmet dinner with Peter Kuruvita at Cinnamon Lakeside Colombo

A culinary discovery in collaboration with Peter Kuruvita

Cinnamon Lakeside Colombo together with the Australian High Commission are joining hands to host acclaimed Australian-Sri Lankan chef, restaurateur and media personality, Peter Kuruvita, for a culinary journey of taste and discovery on 3rd May. Peter is famed for being the driving force behind popularising Sri Lankan cuisine in Australia and around the world through his award-winning fine dining restaurant ‘Flying Fish’ and television program ‘My Sri Lanka with Peter Kuruvita’.

In addition to attending events organised by the Australian High Commission, Peter’s visit to Colombo will include an exclusive dinner at Cinnamon Lakeside Colombo’s fine dining restaurant, The Dining Room. Culinary aficionados will get the chance to sample Peter’s modern take on Australian/Sri Lankan cuisine as he prepares several delectable dishes made using only the highest quality of Australian produce in tribute to the land down under.

Born to a Sri Lankan father and Austrian mother, Peter Kuruvita spent the first four years of his life in England before moving back to his father’s hometown in Colombo. While growing up in Sri Lanka, he was introduced to cooking through his grandmother’s preparation of traditional Sri Lankan cuisine, and it was this that inspired him to pursue his growing love for food as a career. Currently living in Noosa, he continues to visit his childhood home for inspiration in his culinary journey and has frequently chosen Cinnamon Lake Side Colombo a s his hotel of choice.

Peter’s visit to Sri Lanka is arranged by the Australian High Commission, and sponsored by the Cinnamon Lakeside Colombo, Emirates, Dilmah, Treasury Wines and Prestige Foods.