Home / LIfestyle / The Vision for the Sri Lankan Artist… 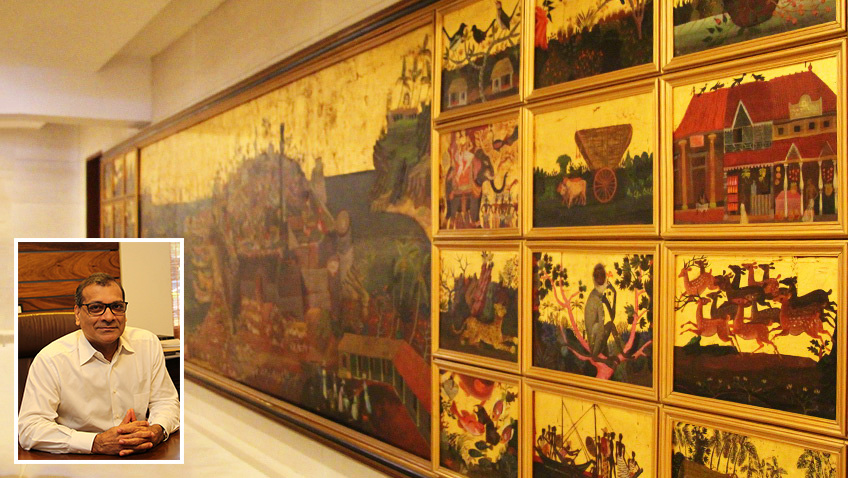 The Vision for the Sri Lankan Artist…

as told by Ajit Gunewardene

“The world ‘ticks’ on Economics. Everything is connected to demand and supply. The feasibility of Art, in the same manner is one that has economics as its dependent variable”.

The current status of the Sri Lankan Artist has been discussed and bewailed in many a conversation and forum, but a clear cause and a solution for it, is not something that can be easily prescribed.

In my view, what needs to happen is for Sri Lankan Artists to elevate their existence to the global market. Just like in Economics, there are two elements that need to be created; Demand – in the form of buyers, art connoisseurs and Supply in the form of Sri Lankan artists making an effort and raising the bar to produce ‘true works of art’ rather than mere paintings. “Group of 43” was formed. Before this, what we had were mostly religious paintings which can be found in temples and shrines around the country. This group included some of the best artists the country has seen in recent times; the likes of George Keyt, Ivan Peries, Harry Pieris, Justin Daraniyagala, L.T.P. Manjusri among others. This was indeed a renaissance for Sri Lankan art. Even in the year 2014 we still talk about the revolution that these artists created at the time. The creativity and the depth of their work is something that is a rare find even today.

Unfortunately though, we have lacked a sequel to 1943. We are thirsty for a ‘Big Bang’ that is so crucially needed in the Sri Lankan art scene and as a result the question still remains – “When are we going to have the Sri Lankan, Million Dollar work of Art?”

One might wonder whether this is too far-fetched a vision; but, with the caliber of some of the contemporary art that exist in Sri Lanka, this is more realistic than over-optimistic. A revolutionary event such as this with the same properties of the cosmological big bang is what Sri Lanka needs to put its art on the map and open the floodgates of opportunity for the local artists.

As a compliment to this, a greater understanding and appreciation of art should be developed by the people as well. Why not replace those bulky gold door knobs or huge silver plated ornaments and rather invest on art – good art?

We try to control our spaces and clutter it with a mix-bag of everything that we like. We fail too often to revel in the simplicity and beauty that Art can give to our spaces.

Art is essentially a part, of something bigger. A sculptured chandelier as opposed to the traditional crystal one hanging in a dining room may be very artistic but more-so, it will give the dining room in itself an extra sensory feel. It gives character to a space while also enhancing the ambience of the space in itself. A work of art therefore should have the capability of doing this and this should be the benchmark that every artist places his work against.

Sri Lanka certainly has a lot of talent that has not been directed and showcased in the most optimal manner. The Kala Pola which took place last Sunday can be taken as an example. It featured quite a few young artists who have the capability of making a name in the future. The objective of an event of this sorts, is for the upcoming artists to get a feel and understanding of the market for art in Sri Lanka. At the same time there are more senior artists for whom the Kala Pola is a place to collaborate with their fellow colleagues as well as appreciate the new creative work.

The Colombo Art Biennale can be named as the next stepping stone from the Kala Pola and events such as these are very important for the development of Sri Lankan artists. The mixing of international and local artists is a brilliant element that is brought in at the Biennale. This will create a comparative and also put the Sri Lankan artists and the work produced by them on the same platform as their global counterparts. 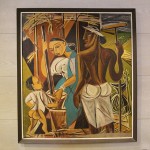 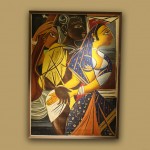 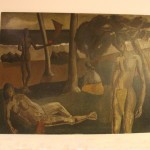 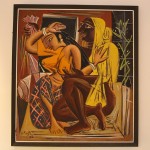 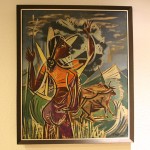