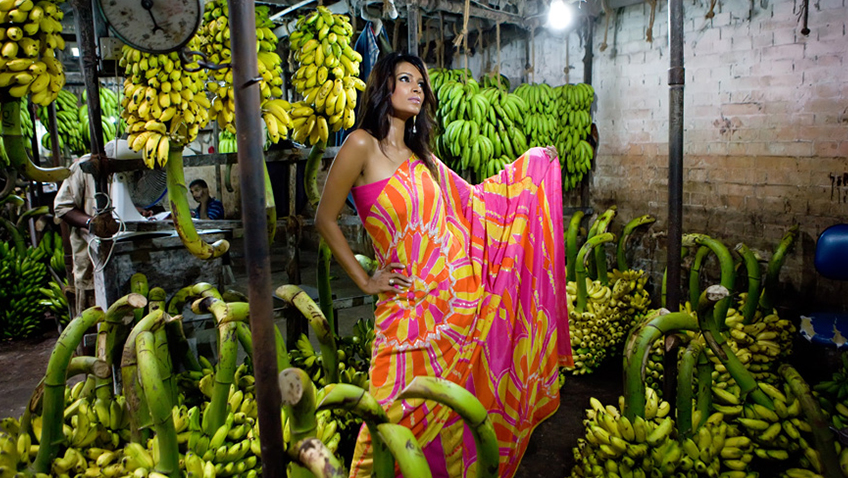 Sri Lankan Designers to Watch Out for at Colombo Fashion Week

The hottest event in the Sri Lankan fashion calendar – Colombo Fashion Week (CFW) is just mere minutes away from showdown. Its supporting act, the BrightSpark Shows, an opportunity for budding university students to showcase their designs, has already begun. Since its inception in 2003, the show has grown in leaps and bounds and attracts some of the top names from Spain, India, Bangladesh and Pakistan. It has also been a platform for existing Sri Lankan designers to improve their offerings and for some to burst into the scene.

This year the CFW will take place from the 6th to the 8th of February 2014. (Check out the Schedule of Colombo Fashion Week 2014)

Cinnamon U takes a look at some of the Sri Lankan designers to look out for at this year’s edition. 1. Yolande Aluwihare Holm – Easily one of Sri Lanka’s most established designers who has received international recognition for her work. Some of her international accolades include the  “Top Selling Brand of the Year 2011″ for her label at the Asian Fashion Week in China and the Bronze and Marble International Award for Export Performance in 1984 awarded by Spanish sculptor Martin Perillan. Locally her talents were recognized at the 2012 CFW where she received a Lifetime Achievement Award. Holm received her training at Lyons, France and is well known for her colourful batik paintings on silk and other natural materials. Her collections which comprise of saris, shawls, kaftans, ties, tops and pants is available for purchase at Odel, Liberty Plaza, Crescat Boulevard, Gandhara and at the airport departure lounge. 2. KT Brown – Kanchana Thalpawila is the designer behind KT Brown a kitsch store offering women’s clothing from the casual to the haute couture. Her clothes, uncut garments which are squares and circles, are a sublime mix of international designs with traditional Sri Lankan crafts. With 20 years of experience under her belt, Kanchana offers a unique shopping experience at her store at Coniston Place, Bauddhaloka Mawatha, Colombo 07. Customers can discuss with the designer their different requirements to tailor make outfits. She too has put Sri Lanka on the international map as her designs were showcased at Miami Fashion Week in 2010.

3. Sonali Dharmawardana – This year will be the fourth year Sonali will bring her designs under the brand name Acushla to the CFW ramp. Her batik saris have won praise over the years especially in the year 2012 – inspired by the spoils of war in Mannar, the monochrome saris with colour bursts are still a topic of discussion among Colombo’s fashionistas. Her designs have won fans including Sri Lanka’s star cricketer Kumar Sangakkara and his glamorous wife Yehali. Sonali credits marrying into the family of legendary batik artist Vipula Dharmawardana as the reason for her success. One can purchase her designs at her signature store located on Stratford Avenue, Kirulapone.

4. Dimuthu Sahabandhu – Dimuthu won the GenNext award in the upcoming designers category after his first ever showing at CFW in 2011 and he has not looked back since. He draws inspiration from various Sri Lankan elements from its literature to the ancient castes and tribes to mythical arts motifs. However his signature style pays homage to soft feminine silhouettes in earthy tones. His creations are available for purchase at Melache on Visakha Road off Duplication Road.

5. Buddhi Batiks – A notable absentee at this year’s CFW is Darshi Keerthisena and her company Buddhi Batiks. Darshi is widely known as the best product of CFW after reaching dizzying heights following her initial showcase in 2007. She infused the age old traditional craft of batik to create spectacular swimwear, jeans, clutch bags, footwear and accessories and the one item every Colombo fashionista counts among their must haves – a Buddhi Batik sari. Her works are available for purchase at the Buddhi Batiks signature store on Ward Place.