Home / Activities / How to Get Around Sri Lanka: By Air, Rail and Road 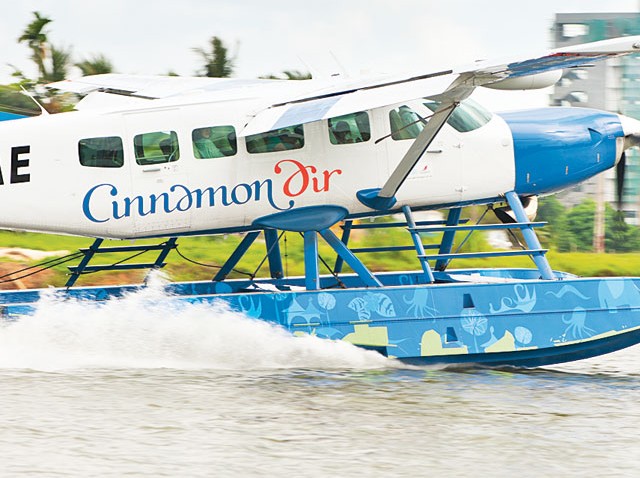 How to Get Around Sri Lanka: By Air, Rail and Road

Sri Lanka is an island approximately 65,525 square kilometres (that’s 25,299 square miles) in area, with a multitude of sights to see. Here we give some tips on how best to travel around Sri Lanka by air, rail and road.

This new airport makes access to the central highlands and the attractions of the south much easier than from Colombo, being just 53km by road to Yala National Park and 94km to Nuwara Eliya. So if you are heading south on arrival at Colombo, to save time it makes sense to take a flight to Mattala. Sri Lanka’s national airline, SriLankan, has daily flights linking the two airports. (www.srilankan.aero)

There are also some private companies operating domestic air services with both scheduled and charter flights. Cinnamon Air operates a combined wheel and float plane from BIA and Water’s Edge (13km from the centre of Colombo) that enables landing either on water or land. The company has flights to Kandy, Sigiriya (in the Cultural Triangle near Habarana), Trincomalee and Batticaloa on the east coast, and the southern airport of Koggala (10km east of Galle). It also operates charters to land on the lagoon for the west coast resorts at Bentota (64km south of Colombo).

It is also possible to charter helicopters to travel around Sri Lanka and for photo shoots. Helitours and Simplifly (http://www.simplifly.com) provide this service.

The main station for departures in Colombo is Colombo Fort, although some trains start and finish at Maradana station (2km distant).

For travelling independently by public transport, trains provide the most enjoyable means of getting around. Buying a ticket is simple. You turn up at the station at least ten minutes before the train is scheduled to depart (or earlier so you can secure a seat if you are boarding at its originating station), queue at the correct ticket counter, pay cash and collect a ticket, one-way only. Reserved accommodation, booked no more than ten days in advance, is available on some trains. The rail system is undergoing gradual modernisation and some trains from Colombo serving Kandy (which also has a twice daily Intercity Express train service linking the two cities), Badulla, Anuradhapura, Galle and Matara, now offer the luxury of air-conditioned travel in privately-owned coaches (www.exporail.com and www.rajadhani.com). Tickets can be bought online using a credit card, but the print-out has to be authorised by a railway agency or at the departing station before travel.

There is an efficient on-line timetable service available on www.gov.lk. This gives train times and days of operation between all stations and the fares. For more details to see Exploring Sri Lanka By Train on this blog.

There is an extensive bus network (both government-run and privately-operated) serving practically every town and village in the country, even those without modern roads.

There are several types of buses (see: the blog on Tips for Travelling Around Sri Lanka). These include the “local” buses that ply from country villages to the main towns, and long distance air-conditioned luxury buses.

If you are thinking of travelling by bus, be warned that the system lacks the comfort and disciplined driving habits of bus services in Western countries.

The main tour operators run dedicated, air-conditioned, modern luxury coaches that are utilised to transfer their guests between airport and hotels. They also operate round the island tours to fixed destinations in the comfortable coaches, and this is a hassle-free way of seeing Sri Lanka.

Independent travel is also possible by arranging a tour by vehicle through the tour operator’s desk at your hotel, or by hiring a chauffeur-driven car or mini-van privately. Self-drive car hire is also possible. For more details see the blog on “Tips For Travelling.”