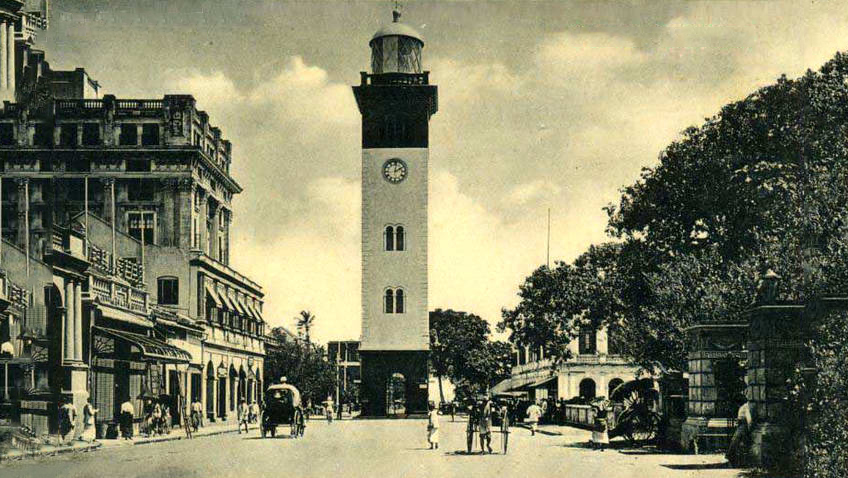 The city of Colombo is the best launch pad with which to explore the rest of Sri Lanka. The hub of the country is a bustling, crowded place, alive and ebbing with people morning and night like the tide, and it has been for centuries. Amidst the noise and scurrying people, therefore, are little oases of reflective silence, structures and sites that have frozen in time. Visiting these is a pleasant experience, and one cannot truly appreciate Colombo without peeking behind its modern curtain.

Colombo has been a port for some 2,000 years. It was a well-known harbour in ancient times, visited by Greeks and Egyptians and others. It became the capital in 1815 and has since remained the commercial capital of the isle. Not much remains of Colombo fort, but the name has stuck. Fort is now a collection of buildings, new and old, with various attractions to tempt a meander through the place.

Galle Face Green is a wonderful place to start, a palm-tree lined promenade by the sea. Originally cleared by the Dutch for a clear line of fire, the site is now much more peaceful. The green is lovely for a stroll, great for a picnic. Witnessing a sunset is particularly beautiful and the breezy path has a score of vendors that sell prawn wade, pickles and other spicy street food. The Galle Face hotel looms on a side, colonial and lovely. A few cannons dot the coastline, vestiges of wartime. It is a place of fun as kites are flown, food is eaten and the beauty of nature is shared.

The lighthouse at the meeting point of Chatham Street and Janadhipathi Mawatha is a striking building, originally a clock tower. Interestingly, the original clock was made by the same manufacturers of Big Ben and the lamp was added a few years later. However it doesn’t function as a lighthouse anymore. It still tells the time though!

Independence Square is more recent, but not any less impressive. The hall was built based on an ancient Kandyan Celebration Hall, a royal building in which the treaty that ended the Kandyan Kingdom was signed. Built to celebrate independence, it now marks national unity. Architecturally stunning, the structure features stone pillars, ornate carvings and lines of stone lions that guard the place. It is certainly well worth a visit. Nowadays it is used to celebrate national holidays as well as religious festivals.

About an hour’s ride away from the city, but still a part of Colombo, is Mount Lavinia Hotel. The hotel, originally a residence of Governor Thomas Maitland, has a fascinating and rich history. The myth that surrounds the place is that it was named after a local dancer, a lover of Maitland’s. Fable aside, the building was used as a hospital in World War II and has been a location for the filming of ‘Bridge on The River Kwai’ as well! It is a handsome building, overlooking what is one of the best beaches in the country. The hotel itself is five star, and altogether it is an excellent place to stay at or simply visit for a meal.

Wolvendaal Church has an aura of eeriness, with its floor of tombstones, dark furniture and heavy brick walls. The name comes from the fact that hoards of jackals around the area were thought to be wolves, thus Wolf’s Dale it became. It is a very important Dutch building in Sri Lanka. The actual building itself is well crafted, shaped like a cross and well maintained. The interior is even more intriguing, featuring beautiful wood pews and other furniture as well as a brilliant old piano organ! The floor is made up of tombstones of governors and colonists. Overall, it is a fascinating building that must be visited.

Other places steeped in history include the Borella Kanatte cemetery, a peaceful garden of graves. The statues are haunting, and perusing the engraved names is thought-provoking. The Bere Lake, built by the Portuguese, will appeal to nature lovers. In the heart of a city, this lake with its central island and tree, is relaxing. Of course the National Museum must be visited as well as it is a journey into history itself.

Colombo is full of the past, it oozes from the city and manifests itself in solid buildings or mere auras that pervade the air. All in all, the nooks and crannies of the city must be explored.