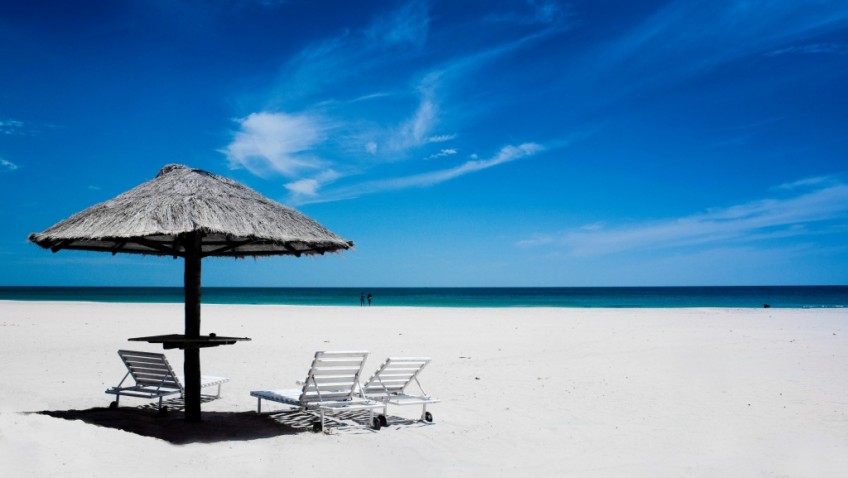 The perfect beach awaits you in Sri Lanka. Whether you like broad strands of sand to jog along at the sea’s edge, soaring waves to surf as they splash on the shore, intimate coves for private sunbathing, or beaches lined with seafood cafés and bars, you’ll find the beach of your desires here.

Negombo (30km from Colombo) has the closest beach to the airport, a mere 5km distance. It is lined by the first hotels to open in Sri Lanka and is a cross between two popular beaches further south, being livelier than Bentota but not as laidback as Hikkaduwa. Tourists share the beach with fishermen where they park boats that later sail off with red sails into the sunset. The after-beach life is sophisticated with vibrant cocktail bars and sleek restaurants.

The closest dedicated beach strip to Colombo is at Mount Lavinia, 12km from the city centre. North of the headland, with its view of Colombo, the beach is the preserve of residents who flock there at weekends and on holidays. There are cabanas for picnics and beachside meals as well as some lively bars. The beach south of the headland is for the more genteel.

The best beaches begin at Beruwala and Bentota, roughly halfway between Colombo and the southern tip of Galle. Beruwala (58km from Colombo) was known to ancient mariners as Barberyn and it has a lighthouse on an island off the shore and a flourishing dawn fish marke t. The beach stretch is long with shallow waves washing it in the West Coast holiday season months of October to April.

The beach at Bentota (64km from Colombo) is vast; it can take an hour to walk along it from one headland to another. This is pure beach with gloriously golden sand and welcoming seas. There’s not much to do, even in the season from October to April, and that’s how regular visitors like it.

There are palm-fringed coves with sandy strips all the way down the West Coast, one with a natural swimming pool embraced by rock is at Induruwa (68km from Colombo). For convivial beach action, head for Hikkaduwa, 97km from Colombo, with hotels and guesthouses to suit every pocket. The beach, naturally structured in coves, is popular with the young and young at heart and the action often continues into the late evening.

Acclaimed as one of the best beaches in the world many years ago, Unawatuna (125km from Colombo) has changed because of tidal flows reducing the once broad beach to a slim version of its former self. However, it is still the best beach in Sri Lanka for day and night time action where people from around the world congregate in the sun. It’s just a 10 minute ride from Galle, the closest town.

The beach at Mirissa (150km from Colombo)attracts surfers at one end, and tourists eager to head out to sea and watch for whales. There are quieter beaches further along the southern coast, close to Tangalle. Nicknamed Turtle Bay, the beach at Kalametiya, by the 214km post on the Colombo to Hambantota coastal road, awaits discovery with its long rollers, windswept dunes…and turtles.

From Trincomalee (257 km northeast of Colombo) the beach stretches northwards for miles but it’s best at Uppuveli, about 5km further north. On this golden shore, fishermen toil at one end while tourists laze at the other in perfect harmony. The sea, in season, invigorates and the area has preserved its sense of isolation, creating a peaceful ambience for beachcombing.

Some 80km down the East Coast from Trinco on the way to Batticaloa (303km from Colombo) are the newly developed beaches of Passikudah Bay and its neighbour Kalkudah Bay. They were renowned as potential beach playgrounds before a cyclone in 1978 blew the dreams away and then came 25 years of civil war, keeping the area off limits to tourists. That’s changed now with smart new hotels with glittering facilities opening up along the coast. The sea there, in season, is shallow far off-shore, so it’s delightful for swimming.

The bold and carefree flock to Arugam Bay (325 from Colombo) for laidback after-beach action following days spent in the sun surfing some tremendous waves. The sand there is not for building castles but suits the do-it-yourself community of surfers, adding to the diversity of Sri Lanka’s incredible beaches.