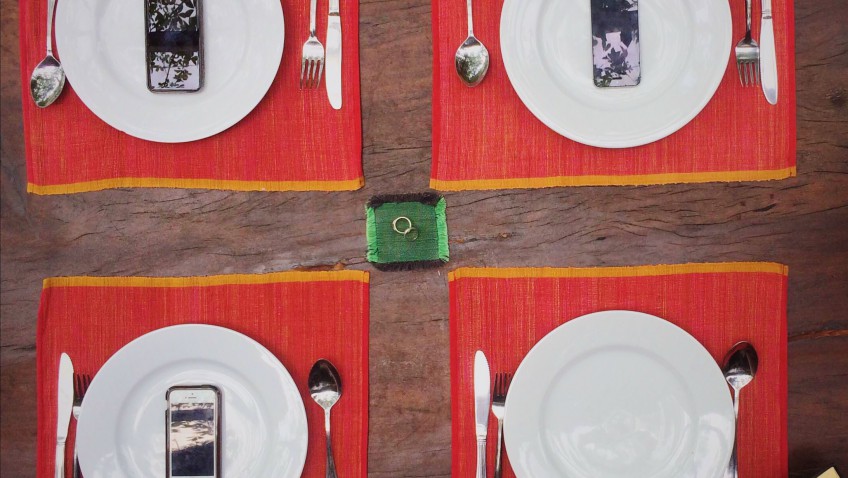 Cinnamon Colomboscope, Sri Lanka’s only multi-disciplinary arts festival will present its fourth edition from 25 August to 1 September 2016. This year’s festival theme titled Testing Grounds: Art and Digital Cultures in South Asia and Europe, will present new artworks and performances of Sri Lankan artists, who will work with electronic and digital media in keeping with the festival’s theme.

Presented by EUNIC Sri Lanka together with Cinnamon Hotels & Resorts, Cinnamon Colomboscope will take place at the Old General Post Office Colombo. Each year, the event evolves and changes shape with a new curator. Testing Grounds was conceived by German curator, Susanne Jaschko, a renowned expert in the field of media arts. This year, the festival will provide ‘testing grounds’ for a new liaison between contemporary arts and digital technology in Sri Lanka.

For many artists living and working in Sri Lanka today, working with electronic and digital media remains a widely unexplored field. Testing Grounds, with its focus on contemporary art that creates awareness on how digital technologies impact society and cultures, has commissioned over 10 Sri Lankan artists and artist collectives to foray into this field,conceptualise and produce artworks that reflect on this theme.

One of the many highlights of this year’s programme will be presented by DJ and electronic music producer, Asvajit Boyle, and technologist and entertainment designer, Lalindra Amarasekara. Their performance, (De)Generative Processes II, will transform the domed roof of the Colombo Planetarium into a digital canvas for an immersive live performance of light, sound and movement. (De)Generative Processes will take place on 28 August at 7.00 p.m.

Also collaborating for Testing Grounds are actor, writer and director, Arun Welandawe-Prematilleke and experimental musician, Isuru Kumarasinghe who will present Close to the Bone – a theatrical production and sound art piece combined. Centred on a dinner hosted by a beautiful and young married couple for his difficult sister and her older girlfriend, and the events that unfold, Close to the Bone is an immersive performance. Through their phones, the audience will be able to enter the characters’ heads to hear their thoughts, memories and regrets. The performance will take place on all festival nights.

Testing Grounds will feature the works of many notable Sri Lankan artists. Photographer, Aamina Nizar and journalist/photographer, Megara Tegal will present The Colombo Project. This installation portrays the neighbourhoods alongside the Kirulapone Canal and explores the role of social media in the lives of the people in Colombo, a city that still faces a huge social divide. Poet, rapper and singer-songwriter, Imaad Majeed’s installation, Revery invites the audience to reflect on the minority segment of the Sri Lankan flag. Visual artist, Kavan Balasuriya will exhibit Foundation, an abstract drawing that can be interpreted to the relationship between the individual and the increasingly dynamic virtual environment of post-war Sri Lanka. From Vendetta to Bend Data, a series of digital collages by independent filmmaker and artist, Muvindu Binoy depicts the paradox between Sri Lankan’s real- and virtual-selves.

Cinnamon Colomboscope will also invite over 50 international artists and speakers – from Europe and South Asia – to participate in this year’s festival. Visitors will be able to engage with audio-visual, responsive and interactive installations as well as image-based artwork. The programme comprises an exhibition, a film programme, audio-visual performances, workshops, artist and thematic conversations, and an online exhibition.

Cinnamon Hotels & Resorts is the title sponsor of Cinnamon Colomboscope 2016 and the event is organised by EUNIC Sri Lanka comprising of the British Council, Goethe-Institut and Alliance Française de Kotte. The festival is supported by the John Keells Foundation, Cinnamon Life, Sri Lanka Tourism Promotion Bureau, MBC/MTV, iFilm Sri Lanka, Debug,Roar.lk, Embassy of Switzerland, Embassy of the Netherlands, Turkish Embassy, German Embassy Teheran and the Universite Laval. The festival is held in venue partnership with the Ministry of Post and Postal Services.