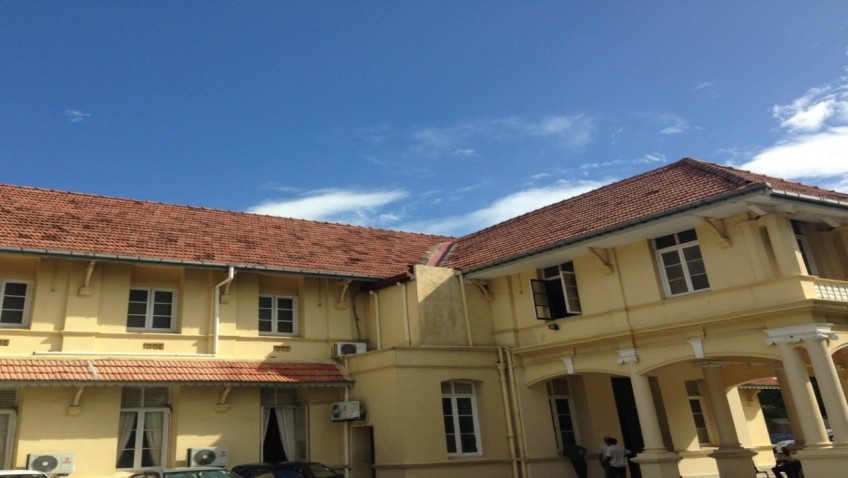 “Slave Island contained a mud village, an excellent parade ground and two gentlemen’s villas. One of these had been built by the Dutch as a Freemason’s Lodge”

The Victoria Masonic Temple is situated in Colombo on Sir Mohamed Macan Markar Mawatha. It is housed between the Christ Church and Al-Ameen Vidyalaya . The banquet hall of Grand Lodge and Masonic Temple to the Sri Lankan chapter of arguably the world’s oldest and most prestigious fraternity will open its doors to the audience of Cinnamon Colomboscope 2015 for the festival segment The city.Identity.Urbanity. To date, this Temple functions as the Head Quarters of the Freemason Lodges across Sri Lanka.

Masonic identity, ritual and tradition was carried across the seas to Sri Lanka by British planters according to sources at the premises, written records may indicate otherwise leaving one to navigate through speculative histories. The very first Masonic Lodge in Sri Lanka was set at the site named the Sphinx Lodge in 1861 (certain literature traces roots of Freemasonry to ancient Egypt), thus the Irish constitution of Freemasons was established in Colombo. It was followed by the St. Johns Lodge in 1839 of the English constitution and the Bonnie Doon Lodge of the Scottish Masons. To house these three lodges in the city of Colombo, the Victoria Masonic Temple was constructed in 1901.

The term Lodge as described by its administrative secretary in Masonic understanding stands for an Association. According to him, the Freemason Movement headed by the Worshipful Master of the Lodge is an Association which is non-political and non-religious. However, a pre-requisite of entrance to this elite club (restricted to men) is belief in a Supreme Being, regardless of which name one may ascribe to it. Reference to the Freemason movement in the Sinhalese language reads Siyaluma Agamkiyanne Sandhanaya, which loosely translated to an alliance of many religions.

The main doors of the Lodge lead to a grand hall showcasing the emblems of the sixteen Lodges across Colombo, Kandy and Kurunegala. A grand wooden stairwell leads to a floor of which houses its centuries old library. This library extensively covers Freemason history, antiquities, jurisprudence and literature. The classic well preserved bookcases house literature brought from London by the first Freemasons to Colombo which is still used by members. Erected in 1901, the Victoria Masonic Temple surpasses the Antiquities Ordinance with regard to historical buildings in urban areas being over a hundred years old to prevent demolition in the face of urban redevelopment.

Cinnamon Colomboscope is a rare occasion of public gathering at the Lodge banquet hall.